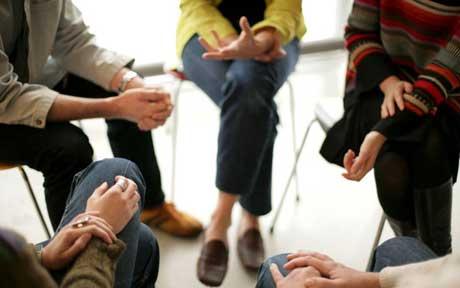 Eating disorders are notoriously challenging to treat, because they are so multi-faceted: they derive from emotional, psychological, physiological, social, and cultural influences. Rather than just rely on standard treatments that are successful with other mental health conditions, clinicians and researchers are developing innovative treatment programs including group work designed to address the distinctive and complex nature of eating disorders.

Groups are increasingly recognized as an imperative part of healing from eating disorders. They are co-constructed by participants and leaders, and unfold through sharing, receiving, and responding. Honest and vulnerable interactions between members often lead to the invaluable “me, too!” moments that begin to dissolve the isolation, otherness, and shame that individuals with eating disorders often experience. Groups serve as a laboratory in which members can practice connecting with others from their authentic self, rather than the inauthentic identity of the eating disorder. As group members discover and strengthen their authentic self, building up the capacity to communicate in this voice within the safe confines of a group, they can then bring that self into other relationship experiences in their lives.

Hayley Miller, Assistant Director of Nutrition and Director of Care Coordination for Eating Disorder Recovery Specialists, leads a group on “Making Meaning” in New York City for individuals recovering from eating disorders. From her experience facilitating, Hayley has observed the power of relational work: “Many people struggling with eating disorders keep their eating disorders secret from others because they feel shame about their behaviors, or that others just won’t understand.  Being able to gain strength from others that have been where you have been allows those suffering in silence to become more honest with others and, in turn, themselves.”

Group members themselves also recognize the significant role group work plays in healing. Joanna Kay has participated in numerous groups over the past few years since she embarked on recovery. When deep in her eating disorder, Joanna “didn’t want anyone to witness what I was doing to myself, and the eating disorder also tanked my mood, so I had no desire to interact with people.” But once she entered treatment and began engaging honestly with peers also pursuing wellness, she realized that “being among other people allow(s) me to hear other, more encouraging voices than the eating disorder voice in my head.”

What surprises Joanna most about group support is “how well my peers understood what I was going through. I was convinced that I was crazy and no one could fathom the darkness in my head. But when the group members would speak about their experiences and struggles, it was like I was hearing my own thoughts echoed back to me. They just got it. For the first time in years, I didn’t feel alone.”

Groups also help hold members accountable to their recovery, because they are expected to be honest with one another—whether that means celebrating the victories of recovery or speaking aloud the painful truth of relapses. Ideally, when a group is well facilitated, members will suspend judgment in order to hold, hear, and bolster each other through whatever they are experiencing. Joanna reflects how “the times when I feel like I just can’t eat, or I just can’t fight this voice in my head, (my group members are) there to remind that that’s another eating disorder lie. I’m the one with the power, and I can fight back.”

For many, like Joanna, recovery is rooted in relationship—and in the vulnerable stages of early recovery, the relationships that develop in peer groups can be what set and keep you on the path towards your recovered life.

If you or someone you know is interesting in exploring group work for eating disorder recovery, contact info@eatingdisorderspecialists.com for information about groups. Two new ones are beginning at EDRS in New York City in April—see below flyers for more information. 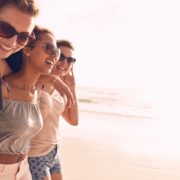 5 Challenges that Will Build Up Your Confidence
0 replies

Want to join the discussion?
Feel free to contribute!