In the United States, 30 million people will struggle with an eating disorder at some point in their lives. Disordered eating can be experienced in myriad ways, affecting both youth and adults as well as males and females. No matter the manifestation, eating disorders are serious, often life-threatening illnesses. 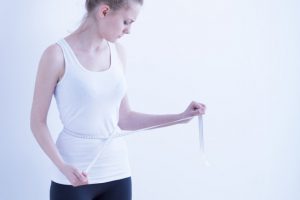 Early intervention when problems first emerge can prevent more severe disordered eating and increase the chances of full recovery. “Recovery is a complex process that is unique to each person’s experience with an eating disorder. Having enough support – especially when transitioning back into everyday life – is crucial to help prevent relapse,” says Greta Gleissner, co-founder and executive director of Eating Disorder Recovery Specialists, the first and only program in the country to exclusively care for people suffering with eating disorders in the comfort and privacy of their own homes and communities.

On this National Eating Disorders Awareness Week, in keeping with the goals to improve public understanding of the signs, causes, symptoms and treatments, here are five things you might not know about eating disorders:

1. Eating disorders don’t discriminate. They don’t discriminate between the young and the old, genders or race. While most eating disorders are associated with younger populations, according to the National Eating Disorders Association, studies show that 90 percent of adult women worry about their weight, and 60 percent engage in weight control behaviors that have the potential to manifest in disordered eating patterns. Though assessment tests have been historically biased towards female populations, reports show that of the 30 million people suffering with eating disorders in the U.S., one-third – 10 million – are men.

2. Signs of a disorder vary. Depending on the particular eating disorder, symptoms can present very differently. However, this does not lessen the severity of the problem. It’s important to be aware of eating patterns and behaviors that could be a sign of a problem. These may include inadequate food intake leading to low body weight; obsession with weight and persistent behavior to prevent weight gain; self-esteem being overly related to body image; and frequently consuming a very large amount of food and then engaging in behaviors to prevent weight gain.

3. Harmful eating behavior is evolving. Eating disorders have evolved beyond traditional illnesses like anorexia, which involves inadequate food intake, and bulimia – excessive intake followed by purposeful purging. For example, orthorexia, a newer diagnosis, is defined as an unhealthy fixation with consuming only healthy or “pure” foods paired with an extreme belief that other foods are “bad.” Similarly, bigorexia is an obsession with building muscle through exercise and nutrition that is associated with a body dysmorphic mentality, where a person views him or herself as being too small or too skinny despite being very muscular.

4. They are all-consuming. While many of us may have something about our appearance that we don’t particularly like, we do not often obsess over these commonplace imperfections. People with eating disorders are consumed with their perceived imperfections to the point that the obsession interferes with their daily lives. Those with disordered eating patterns often think about food and/or their imperfections many hours of the day. They lose the ability to control their negative thought patterns and it can cause severe emotional distress.

5. You can recover. While the road to recovery can be overwhelming and difficult, there is help available. Early intervention is the first step towards a successful recovery and that’s why education and awareness is so important. When loved ones know the signs and symptoms of disordered eating behaviors, they are better able to support the person that’s suffering. From inpatient care to outpatient counseling, there are a number of ways people can get help.